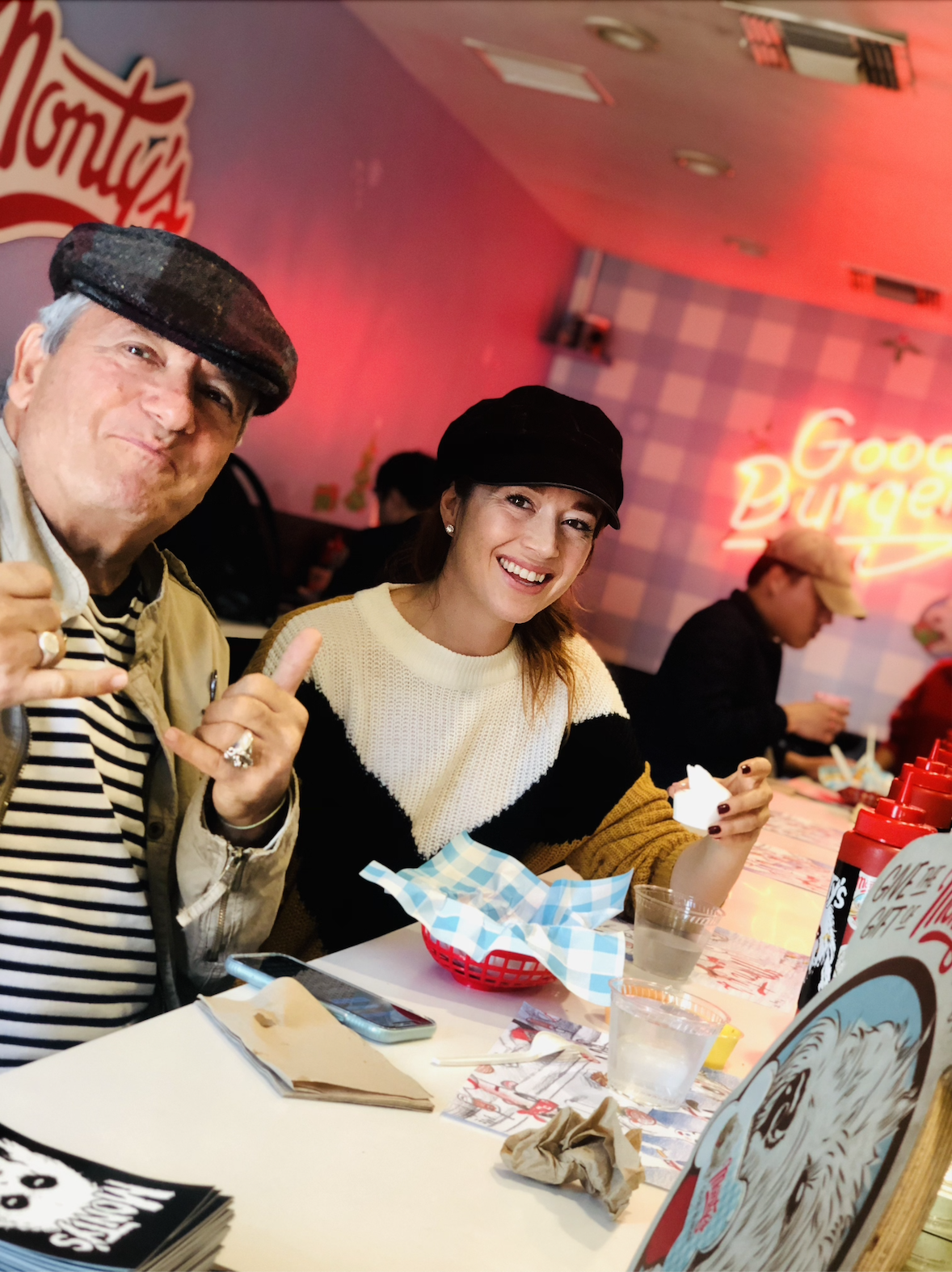 In honor of Peter Miller, the lion.

Sometimes In life we are lucky enough to meet a hero on our path. That’s exactly what happened the night I met Peter Miller (aka The Lion). One beautiful evening about three years ago, I produced a live cooking demo at a wellness retreat in Venice Beach. The demo was in such a flow, I was feeling particularly quirky and in my lane that evening. I had the whole party packed in and fully attentive as I cracked jokes about kale and toted the anti-cancer benefits of purple potatoes. As the demo continued, multiple people blurted out “You need your own tv show!”  Peter was a few steps ahead of them with his camera already out, he had been silently filming the entire demo. After the demo commenced he talked to me off to the side and let me know how amazing he thought my food was, how entertaining the demo was, and how he believed that this message of love through plant-based eating was a message our world greatly needed. We hugged and Peter opened up to me that he was currently deep in a battle for his own life. Peter told me he had cancer and my heart almost leaped out of my chest to hold him. I instantly committed myself to Peter beating the odds and healing his cancer, just as he committed himself to my vegan mission.

In just a few days of meeting Peter, he had set up a meeting between myself and one of his buddies, Hollywood Producer Eric Small, who now in the later years of his career only wanted to focus on projects that would leave the world a better place. The meeting was a hit and after a few rounds of oat milk latte’s the concept we came to call “Plant Love” was born. Soon we were building a website, connecting with investors and shooting my very first TV pilot with the intention to shop it to all the major networks.This project has been a labor of love and required weekly zoom calls with Peter and the whole team he put together in order to push it along.

Over the years Peter came to eat more and more plant-based and in the winter of 2019 he helped me produce a vegan charity gala for the Amazon rainforest where he spoke and announced he was cancer free!! It was a tear- filled moment and I still remember the roar of the room erupting with cheers. Our project kept moving along and Peter was always there rooted in an unshakable belief that we would reach our goal. During the fall of 2020 Peter let me know his cancer was back. This was in the middle of the pandemic and the news hit hard. I flew out to Florida to be with Peter for a week. I wrote up a special cancer fighting protocol and created menus to support it. Not a single ingredient went into his body that wasn’t helping him heal. I spent so much quality time with him and his assistant Charlie that week as we were deep in the kitchen preparing up to 3 meals every day plus healing tonics and elixirs. I think my favorite part of that trip was having the privilege of sitting up late with Peter and listening to his stories before we’d do a nightly meditation. Peter’s zest for life was so blaring despite his diagnosis and I remember him always looking into my eyes and telling me, “I love my life, I’m going to beat this thing, I want to live.” In my own life, cancer is actually the reason I am who I am today and do what I do. I lost my grandmother to cancer and she was my favorite person in the world and my inspiration for TMP. It broke my heart to have to say goodbye to her.  Somewhere in all my work and effort to keep her alive, I discovered the healing ability of plants! Once I learned about their power, I took on a mission in my heart and held a vision of a world where there were no more tears over cancer.

After my week with Peter in Florida he continued the diet and after a few months he called me and let me know his cancer was in REMISSION!!! I burst into laughter and tears simultaneously. This was a huge win!! We kept pushing forward on the project and Peter was so celebratory and supportive of The Martha Project and its wins. In April of this year, I had a conference call with Peter and Eric, we went over plans and talked out some tasks before Peter told us his cancer was back. I remember the moment so vividly. I was headed to Venice beach to catch the sunset and it was that time of the day on the PCH where the light was so golden and beautiful but was almost blinding me in its sunny haze. Peter said the same words as before, “I’m going to beat this, I love my life,” but my heart broke this time and tears ran down my face as I tried my best to be brave on the call and not let the guys know I was balling. It hit differently this time because although the words were the same this time, I could hear fear in Peter's voice, I could sense he was scared and that he was saying all the brave words he didn’t fully believe. I didn’t want to accept it but I knew we were losing our lion soon.

In the months that followed, Peter underwent surgeries and treatments as he still pushed through on our TV pilot when he had the strength. In September of 2021, Peter started to cross over and passed on 9/19/2021. Charlie, his assistant, delivered the news to me and it came with an almost shocking weight of mourning. I remember feeling almost numb as we reflected back some sweet sentiments about Peter before hanging up. In the weeks that passed afterwards I felt his absence most strongly. Peter had been a really positive male influence in my life and had supported me and believed in me with a fatherly love. It hurt deeply to lose such a great champion in my life. After I came to accept his physical absence, I started to be able to feel him energetically. I saw his favorite totem, the Lion, everywhere and I knew Peter was still roaring and smiling at me from the other side pulling strings wherever he could to make this vision of a healthier planet alive.

Peter, Thank you for seeing me and believing in me.

Keep Roaring Peter, we hear you, we love you!

Insights into the Martha Project 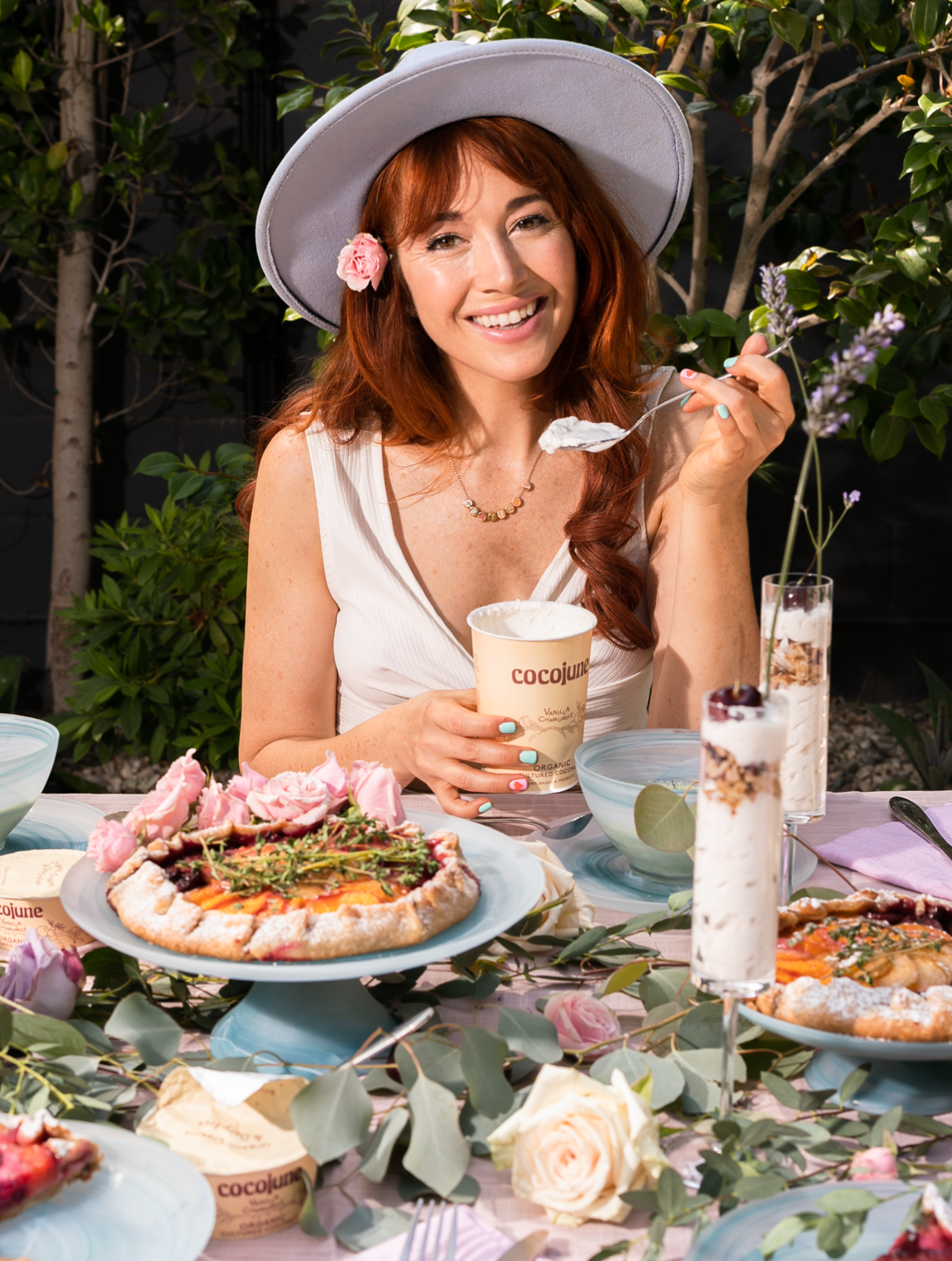 In celebration of The Martha Project’s national debut on The Rachael Ray show, Chef Nicole and the team curated a screening party and invited some of our volunteers to come celebrate this collaborative win. 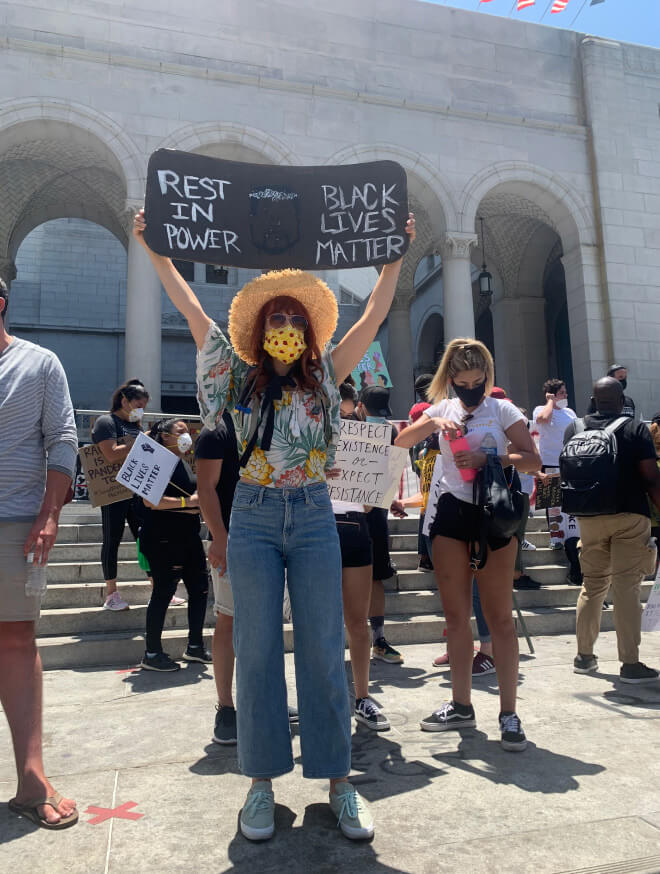 In the week following the tragic murder of George Floyd we decided to do a Martha Project event in his honor and in support of the Black Lives Matter movement. 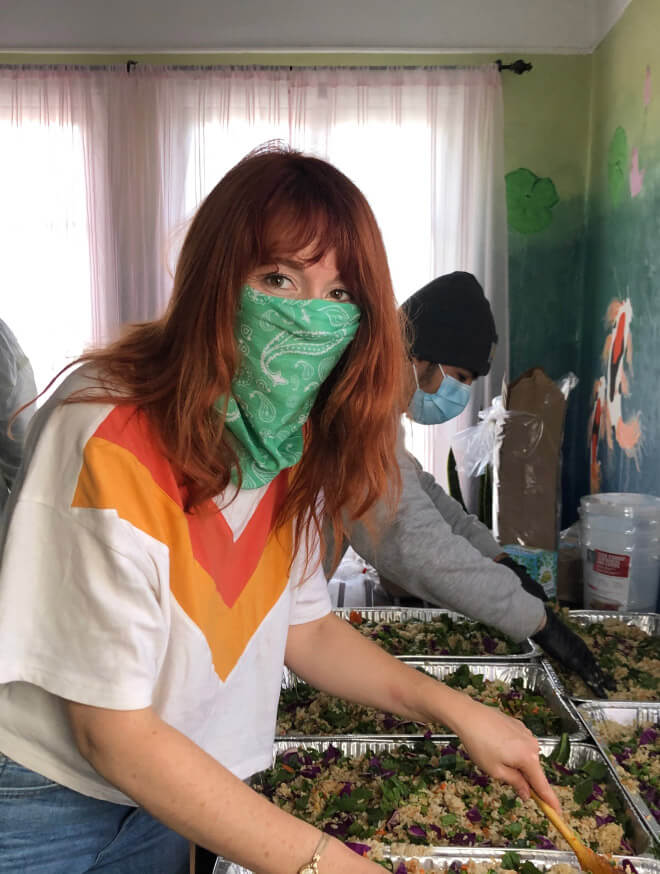 It’s April 2020 and many of us have started trying to make sense of our new normal. Tucked into our quarantine corners faced with the isolation, we looked inward and waited for our world to heal.